The Land of Fake Degrees 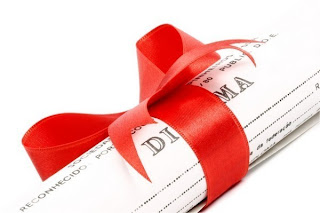 Pakistan is a strange little place enwrapped in a paradox. I bet there is no other country in the world that has such a beautiful name meaning: “The Land of the Pure”.

Well, the land of pure is NOT so pure, that’s another thing. With a passel of problems plaguing it since its creation, it doesn’t make one feel better that the problems are escalating with time instead of umm… I don’t know, the other way around maybe? A web of lies, deceit and espionage with secret reconnaissance missions and the public being kept waiting for the answers to burning questions until they ultimately forget or lose interest or some other problem pops up. The situation isn’t looking so good. In fact it hasn’t been looking good for a long time. I think this dialogue should be our motto now: “Pakistan aik mushkil marhalay say guzar raha hay. Quom dua karay.” All we need to do is spread out the prayer mats, forget everything else and pray. It is our national duty and would perhaps lessen aneurysms upon reading or listening to the shenanigans of the high and mighty, for which (of course) the nation has to pay dearly for. IN GOD WE TRUST.

The latest scintillating problem to join the foray is of course the saga of lawmakers’ fake degrees. I can’t believe the hullabaloo regarding it. I mean they obviously had better things to do rather than study, y’all. Correction: Study from chartered universities or NOT study at all. How can the media and the political analysts not realize that? That is the job of the rest of the ‘normal’ Pakistanis to study and have a REAL degree, not a FAKE one since that would be breaking the LAW and you will be in JAIL for that. Remember: The rich and elite of this nation are exempt from this. Never mind that fact that the fake degree holders supposedly sitting in the parliament shape the very future of this country by passing bills and bringing reforms when a few have just done their matriculation. Yes, an average person who has done his matriculation knows what “Fiscal Policy” means so no worries. I feel for you, HEC. I really do. It is however amusing that whenever anyone objects the distinguished people for their indiscretions; they holler out that it’s a plot against democracy. *yawn* They should take classes in ‘Creativity’. And that too, as soon as possible.

But! We shall prevail. Because optimism runs high in their veins and everything is pink daisies and rainbow monkeys… As our honorable President said, “Pakistan Khapay!”
And I’m not just including Sindhi here.

Also, as I was researching for the fake degree saga, I made a discovery. Apparently many websites are very able to make a perfect fake copy of various degrees. They very proudly display that on their front page. :P

The category Social Issues is supported by:

tVoY is an award-winning youth network spread across 151 countries of the world.

It aims to cultivate relations with youth belonging to different strata of life, providing all with a platform to freely pursue their individuality for collective progression.

A call for young activists, artists, bloggers, community work volunteers, debaters, filmmakers and photographers:
Join us; be a part of our family!

tVoY does not hold responsibility for the content published, in any situation. The views presented are purely of the authors, not of tVoY.
viagra super active online https://www.topdrugscanadian.com/buy-viagra-super-active-online/